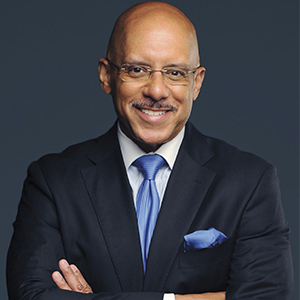 Join us for the fourth annual Dr. Ione D. Vargus Lecture Series event. This year’s program features the Honorable State Senator Vincent Hughes and will be moderated by Bill Vargus of the Family Reunion Institute

The Family Reunion Institute was established by Dr. Ione D. Vargus, Dean Emerita at Temple University’s former School of Social Administration. It is the only organization of its kind in the United States with the sole mission to strengthen and preserve the extended family and support family reunion planning.

As a key member of the Democratic leadership team in the Senate, Senator Hughes has been a champion on major policy issues such as expanding healthcare for low-income workers, raising the minimum wage, defending the right to vote, fighting for increased funding for public education, and rebuilding PA’s distressed communities. As Democratic Chairman of the Senate Appropriations Committee, Senator Hughes also plays a major role in developing Pennsylvania’s annual budget of over $30 billion and guiding the state’s spending priorities.

The Ione Vargus Lecture Series is made possible through the support of the Dr. Ione D. Vargus Program Fund. This program is also presented in partnership with the Charles L. Blockson Collection of African-Americana and the African Diaspora at Penn State Special Collections Library.