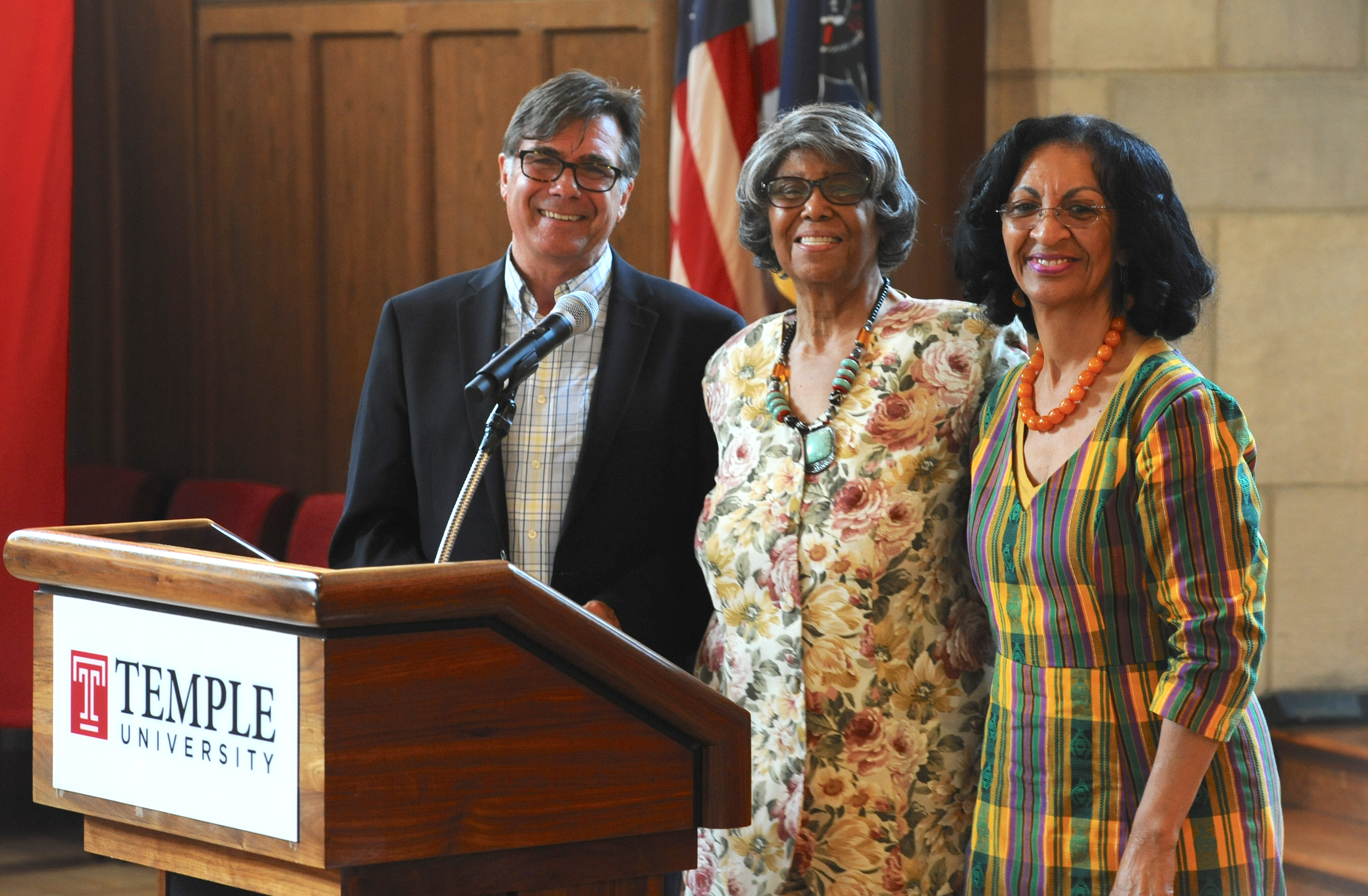 Join us for this second installment of the Dr. Ione Vargus Lecture Series. This program will feature a conversation with Bernard C. Watson, PhD, and Richard M. Englert, EdD, as well as a virtual book launch with Dr. Ione D. Vargus in celebration of her new book, Family Reunions: Finding the Rest of Me. Bill Vargus and Suzanne Vargus Holloman will moderate the event.

The Ione Vargus Lecture Series is made possible through the support of the Dr. Ione D. Vargus Program Fund.

Dr. Bernard C. Watson, a native of Gary, Indiana, has lived in Philadelphia, Pennsylvania since 1967. Dr. Watson was deputy superintendent for planning in the School District of Philadelphia; a professor and chair of the Department of Urban Education in the College of Education at Temple University and later vice president for academic administration at Temple University, becoming the university’s first African American vice president; and president and chief executive officer of the William Penn Foundation. During his time at William Penn, Dr. Watson supported the creation of the Avenue of the Arts, the redevelopment of the Cecil B. Moore corridor opposite Temple University, and an increase of the minority presence in higher education. After retiring from William Penn in 1993, Dr. Watson remained an active figure as board chairman of the Avenue of the Arts, a leading figure in the expansion of the Convention Center, and board chairman of the Barnes Foundation. Among his many awards, Dr. Watson was awarded the Philadelphia Award in 2001. In 2008, the College of Education at Temple University announced the establishment of the Bernard C. Watson Endowed Chair in Urban Education, the first endowed chair in honor of an African American in Temple University's history.

Dr. Watson, who earned his doctorate in Education Administration and Sociology at the University of Chicago and completed his post-doctoral work at Harvard University, was appointed by three U.S. Presidents to National Commissions, and is the author of In Spite of the System; Plain Talk about Education; Testing: Its Origins, Use and Misuse; and Colored, Negro, Black: Chasing the American Dream.

Richard M. Englert has served in 17 different posts at Temple University over the course of 45 years, and is currently the university's 11th president. He is passionate about the success of Temple students, faculty, and staff, and is a stalwart champion of the university’s mission to offer a high-quality education that is accessible, affordable, and diverse.

Dr. Ione Dugger Vargus is professor emerita of Temple University where she broke new ground as the first African American ever to hold the title of academic dean in Temple’s history. In addition to her roles as Acting Vice Provost for Undergraduate Education and Presidential Fellow, Dr. Vargus served as the dean of the School of Social Administration for 13 years. It was a combination of her graduate studies and experience as a social worker in Chicago and Boston that inspired her lifelong commitment to strengthening families and promoting reunions as a way to enhance identity, self esteem, and family values. Guided by that calling, Dr. Vargus founded the Family Reunion Institute at Temple University in 1990.

Bill Vargus’ broadcasting career spanned 30 years, mostly in Philadelphia. A graduate of Temple University, Billy V, as he was known during his days as a sports anchor on Fox 29, is a nine-time Emmy nominee. He won the regional Emmy for Best Sports Anchor in 2008 and 2009.  Bill worked at several radio stations, including WHAT and WDAS before moving into TV. He also anchored at WWOR-TV in New York and at NBC-10 and WHYY-TV in Philly, where he met his wife Sue Serio, who has spent the past 23 years as the morning weather anchor on Fox 29's Good Day Philadelphia.

Suzanne Vargus Holloman served for over 20 years in workforce development and higher education prior to her recent retirement. She has achieved several firsts as an African American woman in her professional career including her appointment as the dean of Workforce Development and Continuing Education at Montgomery County Community College. Prior to her career in higher education, she manifested her entrepreneurial nature as the publisher/owner of Renaissance Magazine: The New Spirit of Black Philadelphia. The magazine, which highlighted the good news in the Black community, was published for 10 years with subscribers in almost 30 states. Suzanne has a BS from Syracuse University and an MBA from Drexel University. Currently, she serves as the co-director, General Management for the Family Reunion Institute and is active at her church, Bethlehem Baptist Church of Spring House, PA.

This program will be presented via Zoom Webinar. On the day of the program, use this link to join: https://temple.zoom.us/j/96214506987