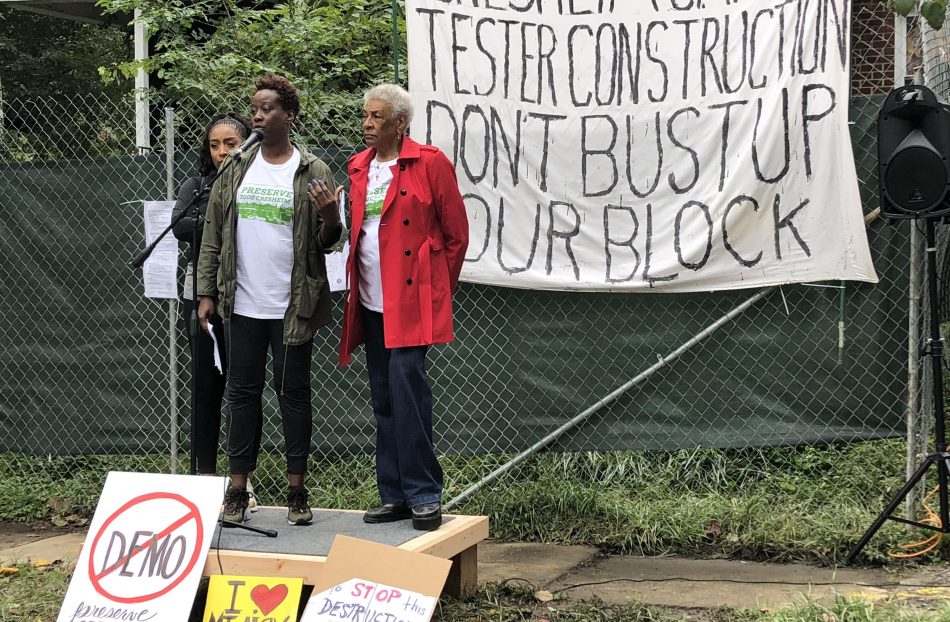 Join us for the launch of a new series honoring The McLean Contributionship’s long-standing commitment to the field of journalism and supporting access to our Philadelphia Evening Bulletin Collection. Over the course of this lecture series, we will reflect on the past, present, and future of American journalism, history, and culture. For our inaugural program, we are focusing on Philadelphia Neighborhoods, which is a publication that produces and shares stories about the neighborhoods of Philadelphia and is part of the Multimedia Urban Reporting Lab at Klein College of Media and Communication.

About Philadelphia Neighborhoods
For more than a decade, students in Temple's Journalism Department have produced news for and about underserved and underreported communities throughout Philadelphia, publishing their work on the hyperlocal news website, PhiladelphiaNeighborhoods.com. The publication is the culmination of students' coursework, and producing stories for the website trains students in reporting news that is informed by perspectives that rarely make it into news stories published by other outlets. Made in North Philly, Philadelphia Neighborhoods' student journalists bring their journalistic knowledge and sense of public service into neighborhoods throughout the city.

PhiladelphiaNeighborhoods.com occupies a unique place in Philadelphia's media ecology, publishing on a broad range of issues that affect the lives of communities. In any given semester, students report on myriad events and issues: a suspected arson in Cobbs Creek, a community health center in Sharswood looking to serve more patients, the importance of the U.S. Census for residents of Fairhill, new voting machines in Overbrook, social issues within Philadelphia's burgeoning fashion scene, a recently renovated neighborhood playground dedicated to a community hero in Mantua, and the way residents in two Northeast neighborhoods have struggled to get more information about a multi-million dollar development coming to a former toxic waste site. These reporters cover issues and communities often neglected by much of the local news media, at the same time producing a record that shows what it means to live in Philadelphia during a time of significant local and national change.

Taylor Allen is PlanPhilly’s housing and community development reporter. Before joining the PlanPhilly team, she was a Max Wycisk News Fellow at Colorado Public Radio and later became that station’s business/general assignment reporter. She previously worked at WHYY as a web producer/reporter and was a contributor for “Your Voice With Solomon Jones” on Praise 107.9 before the station reformatted. She’s also an NPR Next Generation alumna. Allen is from Central Jersey and graduated from Temple University in 2019.

Brian Creech is an associate professor of journalism in Temple University's Lew Klein College of Media and Communication. As faculty director for the program, he focuses on training and educating students in the skills needed to produce quality community journalism.

Jack O'Hara is the director of Business Development and Marketing at MarketCounsel, where he orchestrated the re-branding, marketing and sales strategy of several compliance consulting and software firms. Over the last twenty years, Jack held executive positions with a variety of service providers to the investment adviser market, benefiting from an early career as a registered rep. He has had success at both global and early-stage organizations, and is a graduate of the Wharton School at the University of Pennsylvania. He is the president of the Greater Bustleton Civic League RCO.

This program will be presented via Zoom Webinar. On the day of the program, use this link to join: https://temple.zoom.us/j/92107812677