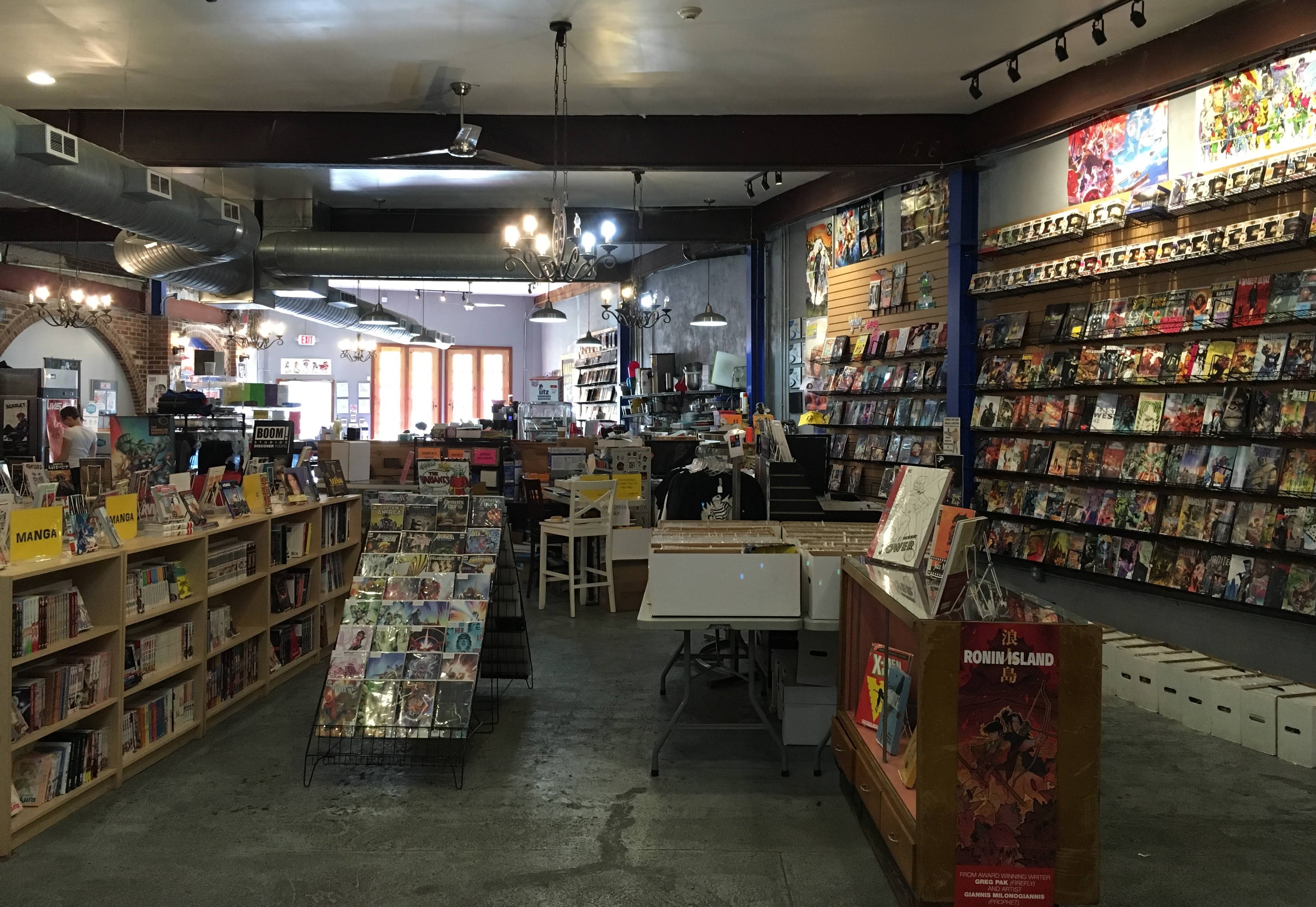 Where We Gather: Bookshops as Community Spaces

Local bookshops are staples in the Philadelphia community. Bookshops are more than places to buy books—they are community gathering spaces. Join us for a conversation with Ariell Johnson, owner of Amalgam Comics & Coffeehouse, James Darrin Hillyard, Jr. of Black and Nobel, and Jeannine Cook, owner of Harriett’s Bookshop, about their experiences running local bookshops.

For the last 10 years Jeannine A. Cook has worked as a trusted writer for several startups, corporations, non-profits, influencers, and most recently herself. In addition to holding a master’s degree from The University of the Arts, Jeannine is also a Leeway Art & Transformation grantee and winner of the South Philly Review Difference Maker Award.

Jeannine’s work has been recognized by several national and international news outlets including the New York Times, CNN, Ebony, BET, Barcroft TV and Daily Mail. She is a proud educator and mother with 8 years of teaching creative writing in alternative schools and on city blocks. Jeannine writes about the complex intersections of motherhood, activism, and the arts. Her pieces are featured in several publications including Mothering Magazine, Girl God, Mahogany Baby, Good Mother Project, Printworks, Adelaide Magazine, and midnight & indigo. Jeannine opened Harriett’s Bookshop in 2020 and is currently producing an art installation of her writings deconstructed into paper art sculptures, collages, and calligrams called Conversations With Harriett.

James Darrin Hillyard, Jr. is a South Philadelphia artist who left and came back to South Street as a part of Black and Nobel, a cultural center that ships books to prisons and provides a variety of products like knowledge books and all natural products, like Sea Moss Gold.

A true child of the 80s, Ariell R. Johnson, Fox ‘05 grew up on a diet of He-Man, She-Ra, Thundercats, & Transformers. This would be the gateway to a lifelong love of super-powers, super-heroes, and comics. With the love and support of her family and friends, she turned this passion into a career at the age of 32 when she opened Amalgam Comics & Coffeehouse in Philadelphia; a comic book store and coffee shop hybrid. Amalgam is the only black-woman owned comic book store on the East Coast.

Ariell has a strong passion and commitment to diversity, representation, and inclusivity.  She uses her shop to showcase and promote works that are created by and feature BIPOC, women, and the LGBTQ community. Amalgam has garnered national media attention, leading to a host of awards and accolades including Ariell’s 2016 "Geek of the Year" nomination, 2019 ECBACC Pioneer Award, Anti-Defamation League’s 2019 Jerry Clark Making a Difference Award and the 2020 PACDC Equitable Entrepreneur Award. Amalgam, which opened on December 14, 2015, just celebrated its 5th birthday!