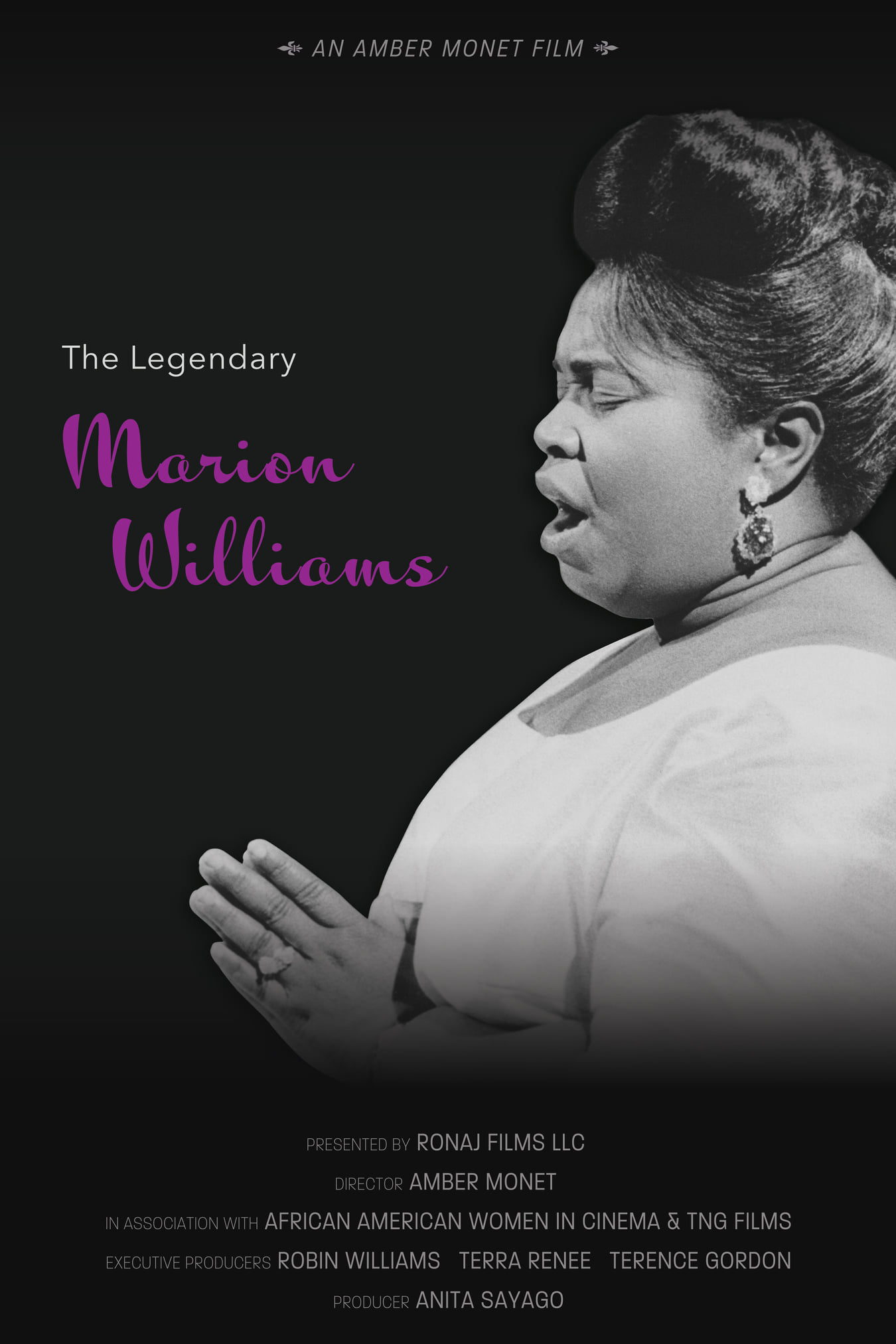 Join us for a screening of The Legendary Marion Williams documentary, followed by a conversation with the film’s executive producer, Robin Williams Sr., and director, Amber Monet.

Marion Williams was an American gospel icon whose charismatic sound and unique “wailing” vocal techniques earned her international fame in the United States, Europe, and Africa. Marion’s powerful voice led the Ward Singers to national popularity when they began recording in 1948, and also inspired rock and roll pioneer Little Richard's signature wail. In 1993, Marion was the first Black gospel artist to be honored at the Kennedy Center for the Performing Arts. She also received the MacArthur Foundation grant the same year.

Amber Monet is a Temple University alumni and award-winning filmmaker who aims to shed light on powerful people, events, places, and happenings that are not given platforms for storytelling in mainstream media. Amber directed, filmed, and edited a piece entitled Freedom Beyond These 4 Walls, which was granted the jury selection award for the International African World Film Festival in 2017. In 2020, she directed the documentary The Legendary Marion Williams, exploring the life and triumph of an American Gospel icon. This film was selected to showcase at the Pavillion Afriques of the Cannes Film Festival in France this year.

Robin Williams was born in Philadelphia, PA. An accomplished drummer, he has traveled overseas playing for his mother, the late Marion Williams, and other groups. He and his wife have recently formed a production company, Ronaj Movie Productions LLC, which produced The Legendary Marion Williams documentary.

This program will be presented via Zoom Webinar. On the day of the program, use this link to join: temple.zoom.us/j/98465621831.