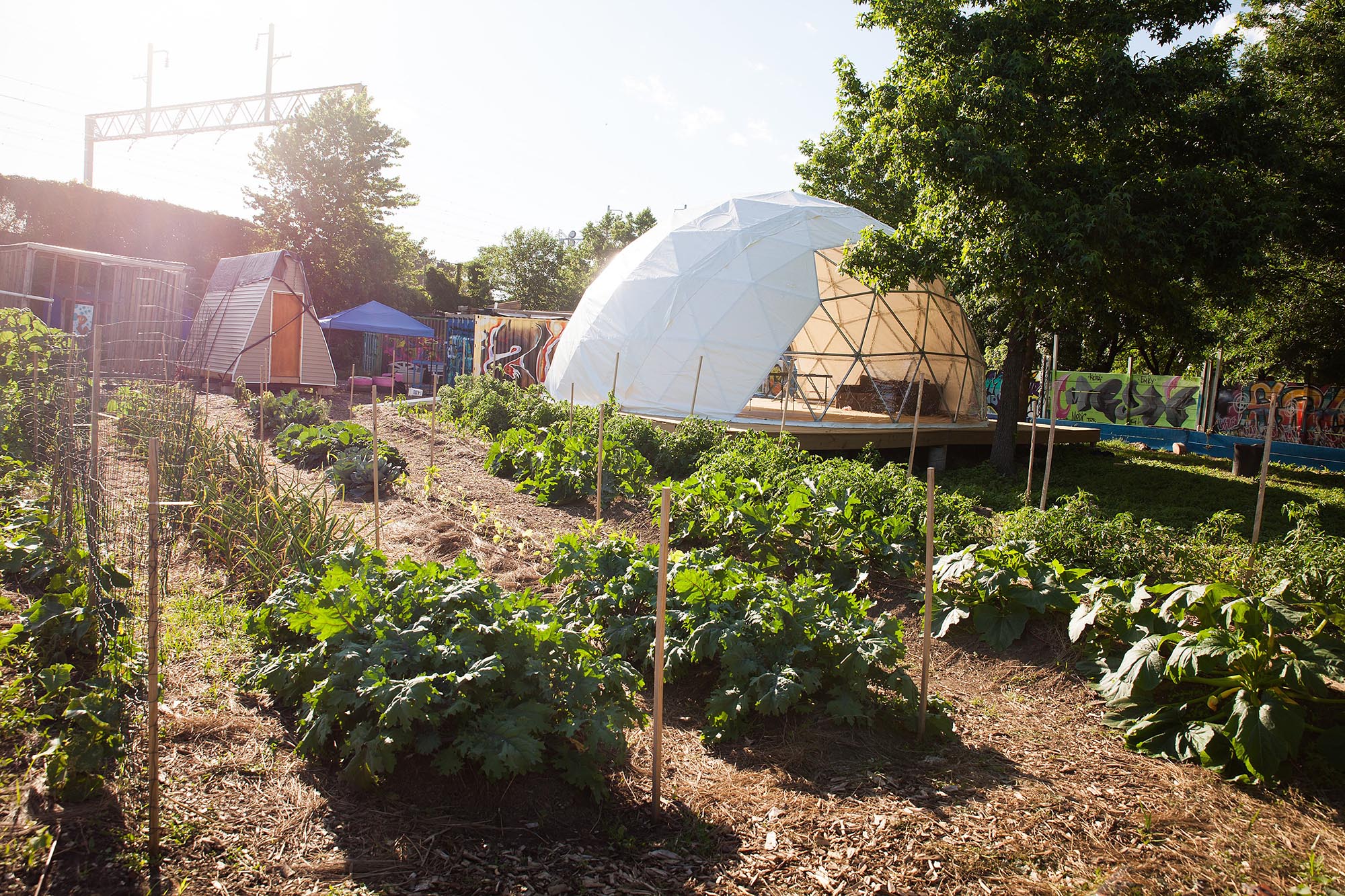 Join us for a conversation with Alex Epstein and Tyler Ray of the Urban Creators, as we continue to explore the people, places, communities, and stories Made in North Philly.

The Urban Creators is a platform for radical and collaborative imagination. Since 2010, they have used food, art, and education as tools to nurture resilience and self-determination in North Philadelphia. Now, they are supporting the emergence of a new generation of Urban Creators, organizers, artists, growers, and local businesses who are working to build equity and collective liberation in our communities.

Alex Epstein, CLA ʼ14, is an earthling, organizer, artist, farmer, educator, and student of the universe. Alex has spent 15 years building bridges across differences, organizing radically inclusive communities, and advocating for social & environmental justice. Alex believes deeply in the importance of local action and collaborative leadership, and is passionate about inspiring young people to find their role in creating sustainable social change. As a co-founder of the Urban Creators, Alex has been immersed in an ongoing process of self-reflection, navigating his role as a white non-native Philadelphian working in North Philly, learning from the medicine of mistakes, and finding ethical ways to leverage his privilege to build capacity for the organization as it evolves. No matter how much the Urban Creators has grown, Alex has remained deeply committed to practicing emergent, adaptive, and collaborative leadership as guiding values towards building collective liberation.

Tyler A. Ray is a 22-year-old community organizer and activist based in Philadelphia. His call to be a social activist was deeply inspired by his life growing up in North Central Philadelphia, and witnessing the systematic racism that has plagued North Philadelphia for generations. For the last four years, he has taken a more political approach to community activism. Since 2018, Tyler has been the Ward Leader for the 16th Ward. As a Ward Leader, he has hosted workshops to empower young African-Americans to become more politically involved to potentially run for public office, and helped build positive relationships between police departments and community residents. After 10 years with the organization, he was promoted to the role of Neighborhood Organizer for the Urban Creators as of April 2020. For relaxation, Tyler enjoys urban farming, and riding his bike around the city to visit historic locations throughout Philadelphia. He is currently enrolled at Tyler School of Art & Architecture at Temple University, pursuing a Masters degree in Urban Planning & Architectural Preservation. His overall goal in life is to “design and create a North Philadelphia that is economically stable and self-reliant for the current and future generations.”

This program will be presented via Zoom Webinar. On the day of the program, use this link to join: https://temple.zoom.us/j/98341567251