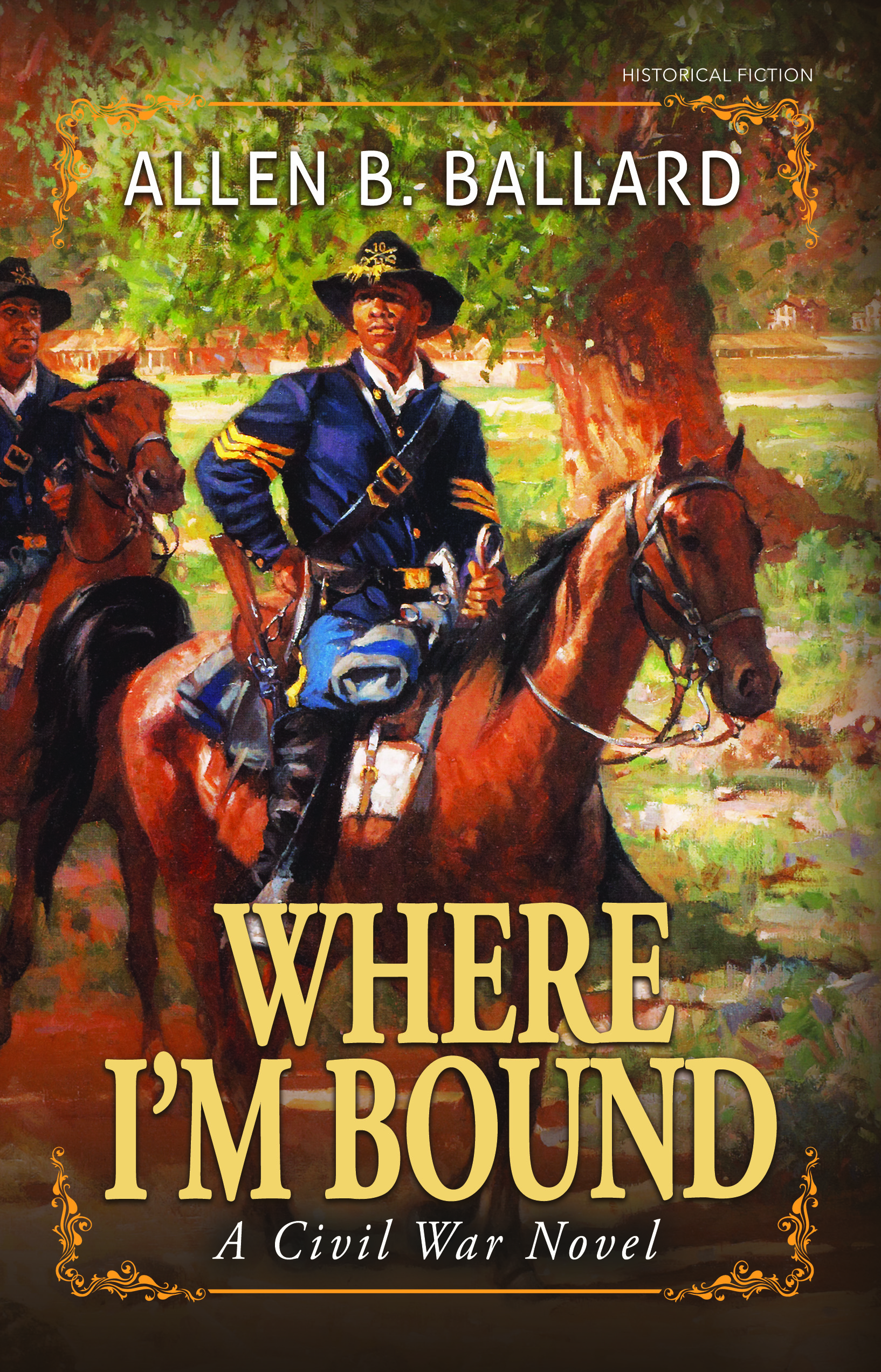 Join us for this talk with Allen Ballard, author of Where I'm Bound: A Civil War Novel. Published in 2000, Where I’m Bound was the first novel  to focus solely on the soldiers of an African American regiment.

Throughout the Civil War, more than 180,000 African American men fought for the Union Army. Many were escaped slaves; others were freed men. Yet, all voluntarily enlisted for one cause: freedom. For the first time in fiction, their experiences are successfully portrayed in a manner befitting the grandeur and scope of their contributions. Inspired by the true story of a Black cavalry unit in Mississippi, renowned African American historian Allen Ballard weaves factual events with the fictional account of an escaped slave, Joe Duckett, who flees to join the Northern Army.

More than just an account of the Civil War, Where I'm Bound is an affecting portrayal of the psychological effects of war. This story of one man's ability to meet such overwhelming challenges brings to life the noble fight for freedom as displayed by African American soldiers as well as the effects of the fight on an entire country and culture.

Dr. Allen Ballard is a native of Philadelphia and a proud graduate of its Central High School. He holds degrees from Kenyon College and Harvard University and spent most of his career teaching at the City College of New York and SUNY-Albany. He's the prize-winning author of two novels and four works of nonfiction. His Civil War novel, Where I'm Bound, was a 2001 Washington Post, "Notable Book of the Year." He presently lives in Clifton Park, New York and enjoys vacationing on beautiful Lake George.