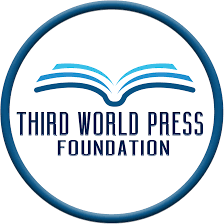 In Celebration of 55 Years of Third World Press Foundation: A Conversation with Molefi K. Asante and Haki R. Madhubuti

Both Madhubuti and Asante have been on the frontlines in the struggle to critique, document, and promote African and African American history and culture. In addition, Third World Press Foundation is publishing Asante’s 100th book. They will share their experiences over the past 55 years.

This program is presented in partnership with the Charles L. Blockson Collection of African-Americana and the African Diaspora at Penn State Special Collections Library.

Dr. Haki R. Madhubuti is a best-selling poet, author, publisher, and educator, and is widely regarded as one of the architects of the Black Arts Movement and is founder and publisher of Chicago's Third World Press. Madhubuti has published more than 36 books, and his poetry and essays have been selected for more than 100 anthologies. His first four Black Arts poetry books, Think Black (1967), Black Pride, (1968), Don’t Cry, Scream! with an introduction by Gwendolyn Brooks (1969), and We Walk the Way of the New World (1970), sold over 140,000 copies making him one of the best-selling poets in the world. His book, Black Men: Obsolete, Single, Dangerous? The African American Family in Transition (1991) was a national bestseller of over 100,000 copies. His poetry has been recognized by the National Endowment for the Arts and the National Endowment for the Humanities, and he has won the American Book Award, Illinois Arts Council Award, Studs Terkel Humanities Service Award, and the Hurston/Wright Legacy Prize in poetry for his book, Liberation Narratives. His latest book, Taught By Women: Poems As Resistance Language, New and Selected (2020), pays homage to women who influenced him.

In 1967, Madhubuti founded Third World Press, the largest and second oldest independent Black-owned press in the United States. In 2015, the publishing house expanded its mission as Third World Press Foundation.

Molefi Kete Asante is a professor in the department of Africology at Temple University. He is the president of the Molefi Kete Asante Institute for Afrocentric Studies. Asante is professor extraordinarius at the University of South Africa. He is the founding editor of the Journal of Black Studies and first director of UCLA’s Center for Afro-American Studies. Asante, often called the most prolific African American scholar, has published 100 books and more than 500 articles, and is considered one of the most quoted living African authors as well as one of the most distinguished thinkers in the African world. He has been recognized as one of the 10 most widely cited African scholars.

In June 2020, he initiated the idea for the Center for Antiracism Research at Temple University and worked with President Richard Englert to bring it into existence in 2022.